Known for his expressive, flowing melodies and versatility, master pianist Jan Gunnar Hoff is one of Norway’s most prominent and esteemed jazz artists today. Wearing a multitude of different hats as a jazz-fusion pianist, synth player, composer, arranger, and educator, the musician forges ahead, leaving a nuanced mark upon each of his modern fusions and improvisations, from his solo work to his various collaborations.

Jan Gunnar Hoff stands at a point of intersection between his classical music background and the genres of jazz, folk, funk, and rock. With an interest in music since a young age and receiving instruction in classical piano starting at the age of 10, the artist spent most of his teenage years embroiled in progressive rock, listening to bands like Pink Floyd, Emerson, Lake & Palmer, and FOCUS. Hoff´s main goal has always been to maximize his own potential and get the most out of what is in him, Hoff embarked on his jazz career in the 1970’s after completing his education.

Following his concert debut at the Ad Lib Jazz Club in his hometown of Bodø in 1976, Hoff spent the earlier part of his career on tour with names like Arild Andersen and Nils Petter Molvaer. Subsequently, he proceeded by releasing his debut album Syklus, comprised of his own solo works, in 1993. Also working as an educator since 1975, Hoff currently continues to teach at the Universities of Tromsø and Agder, sharing that he considers himself lucky to be able to work with the next generation of Norway’s jazz musicians and that his young students keep him sharp.

Jan Gunnar Hoff was born in Bodø, 1958. He was educated at NTNU, Jazzdep in Trondheim 1986-89 and studied arranging and composing at NMH, Oslo 2001-2002. His career as a jazz musician started in 1976 with piano trio and as a backing musician for drummer Jon Christensen and other national  jazz artists at local jazz club events. Hoff became a professional musician in 1979 and toured with Arild Andersen and Nils Petter Molvær in 1982. In 1987 Hoff participated in an all star Norwegian combo presenting Jan Garbarek’s commission for the Federation of Norwegian Jazz musicians, FNJ.

Hoff´s debut CD Syklus was recorded in 1992, the music based on a commission for the Arts Festival of North Norway, performed at a concert at the Harstad festival 1992.  Since 1993 Hoff worked as a bandleader presenting original compositions in his band consisting of some of Scandinavias leading musicians: Audun Kleive, Bjørn Kjellemyr, Tore Brunborg, Knut Riisnæs, Per Jørgensen. Major band events include Hoff´s highly acclaimed Vossajazz-debut in 1995, Oris London Jazzfestival and Molde Int. Jazzfestival 1996 with EBU-TV broadcast to 12 European countries. Another highlight is their successful collaboration with Pat Metheny in Molde 2001. Excerpt “Extraditon” (Metheny) from NRK.

Hoff and his group toured Norway, Estonia and Ukraine with Mike Stern in 2006, 2007 and 2008 and this collaboration is still active. Since 2008 Hoff has been working with percussionist Alex Acuna and bassplayer Per Mathisen in their trio “Acuna/Hoff/ Mathisen”. February 2010 the trio recorded a concert DVD at Drumchannel in Oxnard, California. The AHM-trio has released two albums:  “Jungle City” and “Barxeta”. Mathisen and Hoff has continued their collaboration in other projects involving drummers like Horacio Hernandez, Gary Novak a.o. 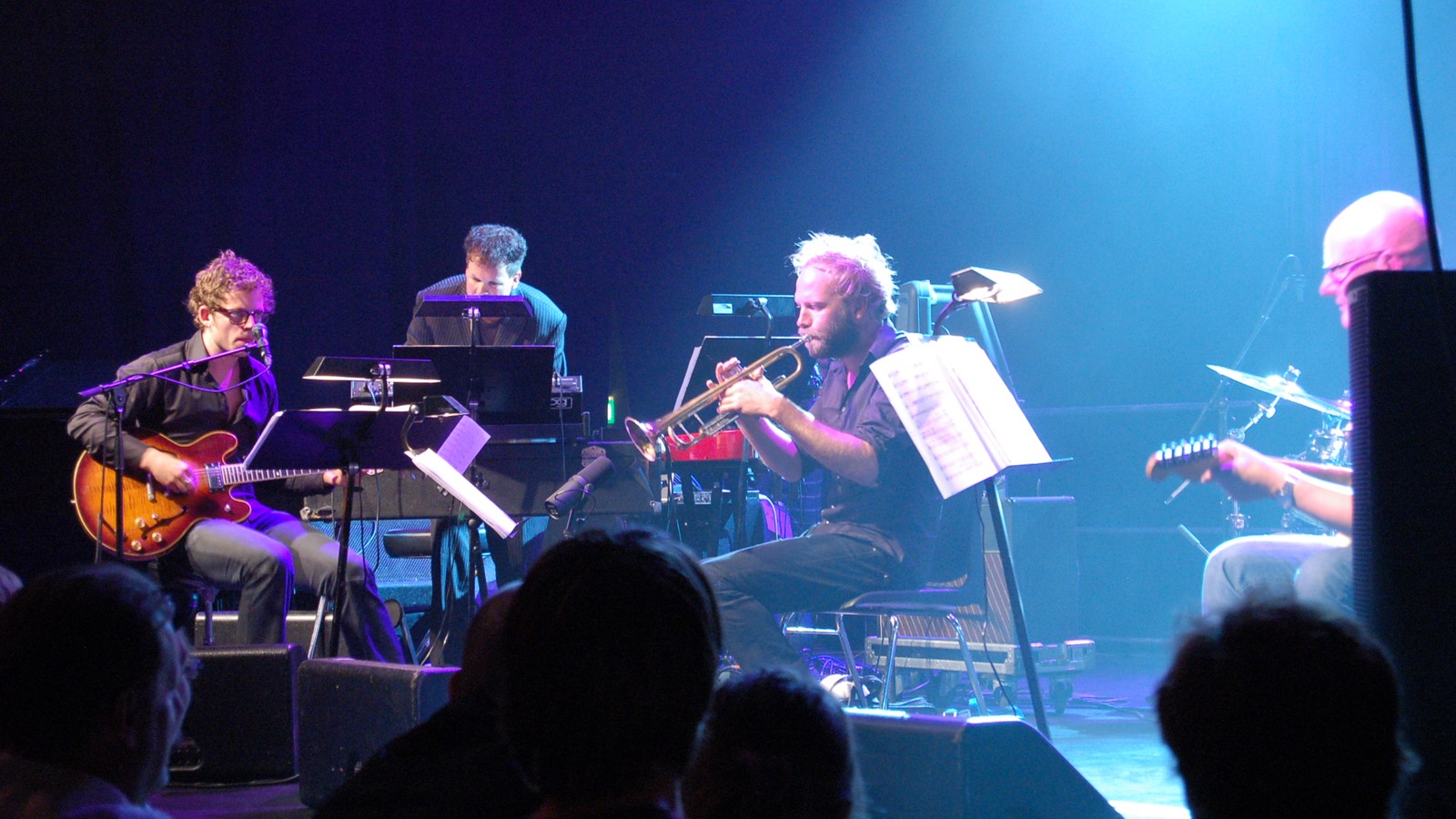 In 2011 Hoff contributed as bandleader, arranger and pianist for the album Quiet winter night, later nominated for US Grammy Awards 2013 (Best surround sound album, Morten Lindberg, 2L). Hoff continued his collaboration with 2L on the solo piano album LIVING, released April 2013. Hoffs quartet-recording Fly North was released in January 2014, followed by the solo album Quiet light/Stille lys (2L December 2014). In January 2014 Hoff received the Buddy prize, the highest distinction in Norwegian jazz. May 2014 he was appointed as an official Steinway Artist and August 2014 he was Artist in residence at Ingmar Bergman Estate, Fårö (Sweden). In 2014, 2015 and 2016 Hoff performed solo in Japan and  released two more albums: Stories, a solo piano album for 2L and Terra Nova,(Lawo 2017), a duo project with mezzo soprano Marianne Beate Kielland.

Jan Gunnar Hoff works as a professor at the University of Tromsø and Agder. He has also been involved in several jazz festivals as a head and artistic leader, a.o. Bodø Jazz Open (2011-2020), a festival initiated by Hoff in 2010.

In November 2020, Jan Gunnar Hoff performed 2 solo concerts at the Oslo Opera, an event that marks a highlight in his career as a solo pianist.

Discography with other artists: